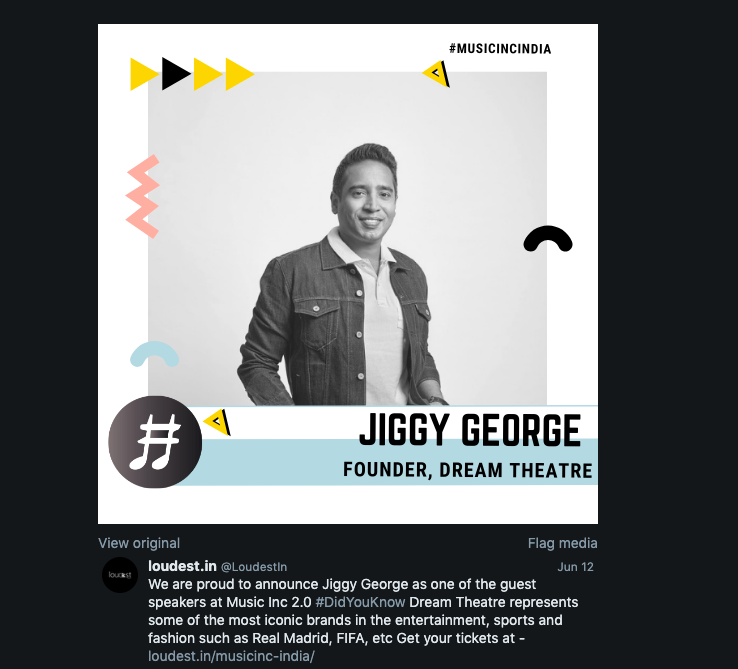 It was a busy 2 days at the JW Marriott on 21st & 22nd June where the who’s who of the music biz gathered to discuss all things ‘music’.

Ravi kicked off the panel by commenting that India’s become a more diverse country in the last 10 years! He also asked panelists to weigh in on how they were using music to drive engagement among fans, especially during the offseason? Mohit Joshi asked the audience to recall the last sports anthem apart from Chak De and Bar Bar from Lagaan. Jiggy commented on how Mojostar had launched brand Prowl with Tiger Shroff and released it in tandem with T-series and saw it accumulate over 40 million views within a short span of time which helped induce trial of the brand. Indranil Blah too spoke about the fact that despite Mumbai not being a very football-centric city they had managed to engage a large active base of fans through music. Vivek Nayer spoke passionately about M&M’s continuing efforts in Formula 3 to use music and fuse it with experiential marketing to deliver their brand message & how it’s been paying rich dividends.

You can watch footage from the panel discussion here (thanks to Ankit & the good folks at www.Loudest.in)