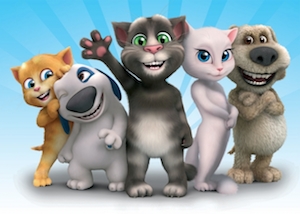 Outfit7 has appointed Dream Theatre to represent its digital brand Talking Tom and Friends in India.

The first “Talking Tom” app was launched four years ago and the franchise has grown since, expanding from a series of apps to a global entertainment franchise.

Dream Theatre will work to build the brand in India with extensions into apparel, sleepwear, kidswear, accessories, back-to-school, bags, games and puzzles.

“This is an exciting time for the Talking Tom and Friends franchise, with a movie and a new 3D CGI animated series on the way, not to mention the recent 2 billion downloads milestone,” says Samo Login, co-founder and chief exeutive officer, Outfit7. “We are looking forward to working with Dream Theatre to bring Talking Tom and Friends licensed merchandise to our fans in India.”