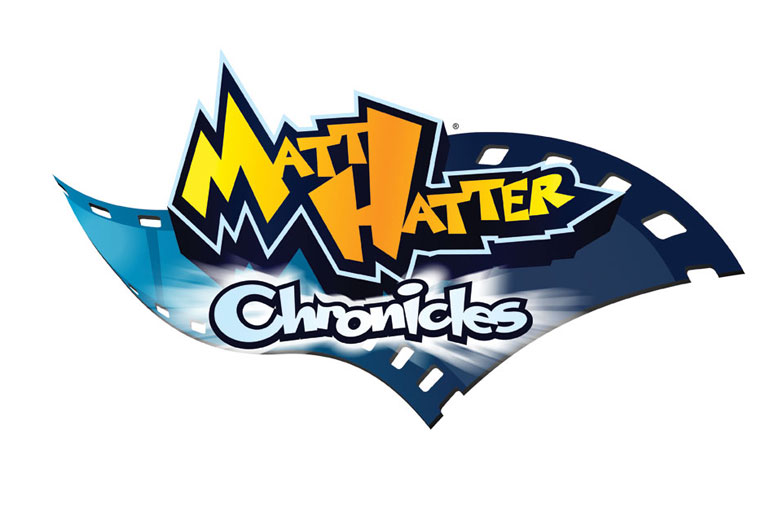 Hit boys’ action-adventure series, Matt Hatter Chronicles is set to take India by storm this Summer with its cutting-edge CGI animation and high-energy merchandise launch. Some of the most innovative companies in the licensing and broadcast industry have joined forces to bring the breakthrough boy’s property to the Indian market; leading UK production company and licensor, Platinum Films; India’s No1 kids television channel, Cartoon Network; global toy experts The Simba Dickie Group and premier licensing agency Dream Theatre. Together they plan to win the hearts of young Hatter Fans in India and drive the Matt Hatter brand to new heights.

The popular TV series charts the adventures of Matt Hatter, an ordinary boy who discovers that his family defends a gateway to a secret dimension called the Multiverse. In a quest to protect the Multiverse, Matt must become the next Hatter Hero and with the help of best friends Roxie and Gomez, battle and capture fearsome Super Villains from movie, myth and legend. Matt Hatter Chronicles’ mini-movie format pays homage to the very best family adventure films and promises kids a visual treat with every episode with its distinct 3D animation technique known as ‘Multivision’. Multivision delivers an unforgettable, immersive 3D viewing experience for kids without the need to wear 3D glasses.

Platinum Films’, Founder and Chief Executive, Nigel Stone is understandably excited about the Indian launch and is working closely with the teams to ensure its success. He said, “India has emerged as a key market for Platinum Film‟s international TV profile and flourishing consumer products programme and the region has also become an integral part of Platinum‟s production business with Xentrix Studios in Bangalore animating the brand new third season. We are delighted to be working with such stellar partners in India and we look forward to establishing „Matt Hatter‟ as the „must-have‟ boy‟s brand in India.”

In a three season deal, Cartoon Network premiered Matt Hatter Chronicles on the 19th of May airing at 5.00pm Monday-Friday. The show will also be telecast in Pakistan, Bangladesh, Sri Lanka and Nepal. Cartoon Network is upbeat about the show joining its successful repertoire. Krishna Desai, Executive Director & Network Head – Kids, South Asia, Turner International India Pvt. Ltd. says – “We at Turner are committed to bring the best and most popular content for our Indian viewers from across the globe. Matt Hatter is a very popular TV series and we are very excited to showcase it in the Indian sub-continent. This series has been the part of our special summer programming line-up for the kids and we are getting an encouraging response for the show.”

The Licensing and Merchandising charge is led by Dream Theatre, India’s leading licensing agency. Dream Theatre will manage and execute a multi-category licensing programme with retail tie-ups, cross category promotions and a 360 degree consumer marketing for the franchise. Founder and CEO, Jiggy George says, “Matt Hatter is a unique proposition for us, a programme that combines an innovative TV viewing experience with products that are reflective of new age technology – it‟s a new way of connecting with the tech- friendly kids of today and delighting them. We are really excited about the show and its products and strongly believe it will be one of the biggest success stories for India.”

Simba Dickie Group, Master Toy Licensee (EMEA, Russia and India) will be launching the toy range in August 2014, followed by new additions in October 2014, in line with the Autumn Winter festive season and the debut of the new Season 3. The toy range is reflective of the show’s DNA with Hero Hatter

Tech, 3D Multivision features and inter locking SKUs. The range will comprise action figures, vehicles, role play sets and have interactivity, play-power and collectability at its core. The toys will be available across all key retail chains, toy stores and online. Shree Narayan Sabharwal, Business Head of Simba India comments about the Matt Hatter Chronicles range and its India launch, “Simba India recognizes that the Indian customer is constantly evolving and hence partnerships like these help us meet the needs of this customer. Simba has a strong retail presence across the country and we look forward to making this unique range of Matt Hatter toys available to our young audience.”

The series charts the adventures of Matt Hatter, a 13 year old schoolboy whose life is changed forever when he discovers his family defends a gateway to a different dimension called the Multiverse. In a quest to protect the Multiverse and save his grandpa, Matt and his two best friends Roxie and Gomez, have to defeat and capture a powerful mix of infamous villains from movies, myth and legend.

Platinum Films is an independent film and children’s television production company based at Pinewood Studios, Buckinghamshire. The company develops, produces and distributes children’s programming throughout the world and is recognised for its innovative, popular and commercial entertainment brands.

In 1982 Fritz Sieber founded the firm Simba Toys with his son Michael and 5 members of staff. Their core values responsibility, reliability, innovation, quality and service ensured that the small family business became what is today the SIMBA DICKIE GROUP, which employs some 3,700 staff in 30 countries around the globe. In addition to these, there are several thousand employees in joint venture companies. SimbaToys brings together a whole host of brands and thus covers a broad spectrum of playing fields including 6000+ SKU’s. One of the key advantages that Simba Toys offers to both trade partners and consumers is the consistent division of its extensive product range into clearly positioned product lines: for example, the littlest ones can discover the world with Simba Baby, Simba dolls make little girls’ dreams come true and Simba Art & Fun brings creative development into play. Product managers and international designers are constantly working on the product ranges to make sure that all of the toys are always tailored precisely to children’s needs. Simba uses the latest manufacturing techniques in their factories both in and beyond Germany. This, along with innovative design, guarantees that their toy range is second to none for durability and safety.