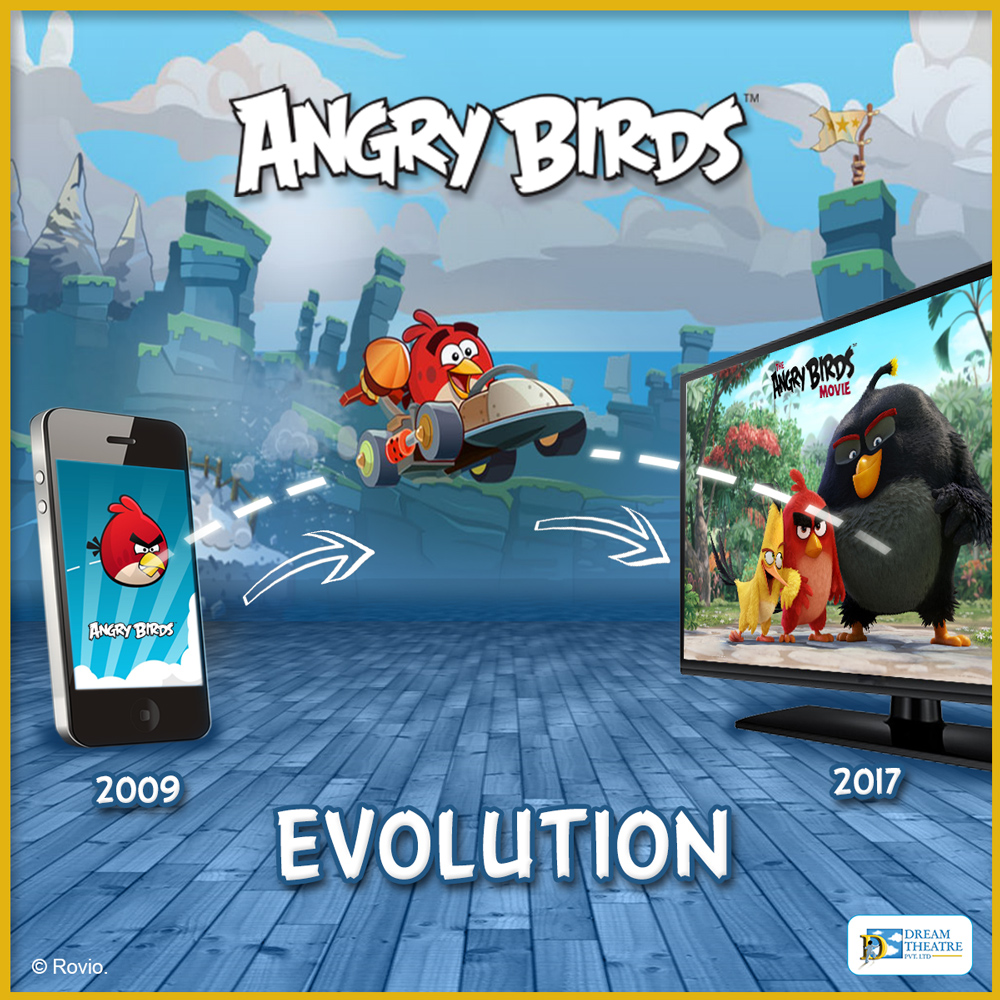 As proud and passionate representatives of the brand in India and South Asia, we never stop being amazed by the journey that the Angry Birds have undertaken and how far they have come in a very short period of 6.5 years. From a game launched in December 2009, Rovio  has reported revenues of US$ 200 million in 2016 and has had two rapid growth quarters in the first half of this year for Angry Birds. This has come on the back of  3.5 billion game downloads, 6 billion video views on Toons TV, 2 billion video views on YouTube,  having 300 licensees and a 130 promotion partner, generating 250 million US$ in BO revenues  and being the No.1 movie in 51 countries. What started as a game is now a thriving global entertainment franchise with content, movies, consumer products, publishing, location based entertainment and more! Now that is what we call journey worth emulating!
So what is it that Angry Birds has or done that makes it so special? First off, as Kati Levoranta, CEO of Rovio puts it, is the passion for the character and storytelling. According to us, that’s what sets them apart, the devotion to perfection, the detailing and the depth and richness of content – that’s what the audience reacts to and loves.  The second thing we believe is creating stunning, world class products from gaming to movies and content. Each time they launched a new game, the team poured their heart and soul into the product and partnered with the best in class. Angry Birds Space was built in association with NASA. The movie was 4 years in the making and helmed by the best talent from across the world. The licensing story has a similar arc – it is the most successful licensing program from a mobile game background with millions of products across its 430+ strong global base of licensees and partners. Thirdly, there is great synergy between all the platforms, each leveraging the other  – the games – old and new- bring in new enthusiasts and fuel the consumer products and content businesses and vice versa. Bird codes on merchandise and promotional materials, for example,  unlocked bonuses in the game bridging the digital physical device (We did this very successfully in India by the Angry Birds Kurkure promotion that had Bird Codes allowing players to power up to the next level). Fourth, there is constant action, keeping fans involved and engaged – be it new games, new content, new forms of business like publishing, to new IPs like Hatchlings, to  Location Based Entertainment partnerships  – there is constant investment and regeneration of the brand that keeps it refreshed  and relevant for its fans from gaming to consumer products.
From a India perspective, Angry Birds continue to be an iconic and “hot” licensing property to be associated with. In fact Angry Birds is a case study in India of breaking the accepted mold of how licensing is done. For a property with zero TV presence back in 2011, it spawned a massive licensing program with more than a dozen categories and 500+ products  – a never achieved before feat. The brand has come a long way since and the Angry Birds movie’s box office performance has catapulted it back into the driver’s seat. The movie released across 600+ screens, in English, Hindi and Tamil and apart from its massive box office success in India, it holds a record of sorts, of longer playability in some theatres for 8+ weeks,  a first for a animated film and re-iterating its captivating and popularity power in India. It had the top QSR (McDonalds) and FMCG (Cadbury Gems and Kurkure) partners flocking to it for promotional partnerships and most importantly boosted sales for partners beyond targets. On the licensing front, we continue to add depth and width in its Consumer Products line and supporting partners with retail and consumer activations. And in addition, in summer this year, it has hit Indian TV screens with programming on the Discovery Kids channel, coming full circle from the smallest screen to the big screen to the small screen!